Heartland rock fans, are you ready for one of the most important farewell tours of the year?? That’s right, Bob Seger And The Silver Bullet Band make their way around the United States for the final time in 2019. They’re bringing the show to the Veterans United Home Loans Amphitheater on Saturday 18th May 2019 – no fan can afford to miss this!! Make sure you’re not one of them – get your tickets to Bob Seger’s FINAL tour NOW while they last!! 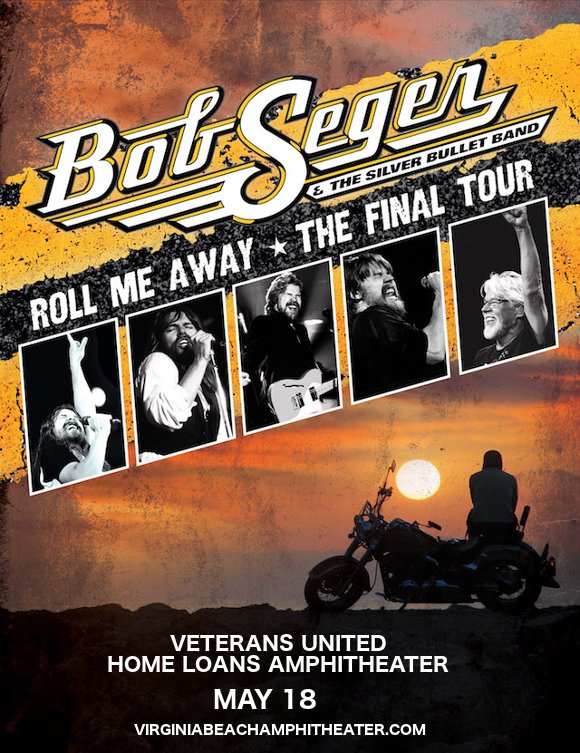 Since the 70s, Bob Seger has been delighting audiences with his distinctive raspy voice and rousing choruses, virtually becoming the very definition of heartland rock music. Today, he is one of the best-selling artists of all-time, with millions of records sold around the world.

Although Bob Seger hasn’t given a formal reason for his retirement, its clear from his past statements, (and having to cancel show dates due to injury) that at 73 years of age, it may be time for the heartland rock singer to take a hard-earned rest. “I can’t do this much longer. My manager is 70. We’ve been together for 45 years now and we need to stop pretty soon and turn it over to the Kid Rocks and Eminems,” admitted the rock legend in an interview. “I guess we’re in the final stages here. When I got offstage the other night I said to my security guy, ‘That was surreal. I can’t believe I just did a full-on rock show.’ It’s just surreal.”

Get ready to celebrate Bob Seger’s incredible career live with the man himself – get your tickets while you still can!!