Not content with hitting the road for the whole of spring on his The Devil Don't Sleep Tour, country-rock maverick Brantley Gilbert will be promoting his smash hit new album through summer too, bringing the party outside into the sunshine! Joining Gilbert on the extended stint will be Tyler Farr & Luke Combs, and they're heading to Veterans United Home Loans Amphitheater on Friday 22nd September 2017 for a high-octane night of damn good music! 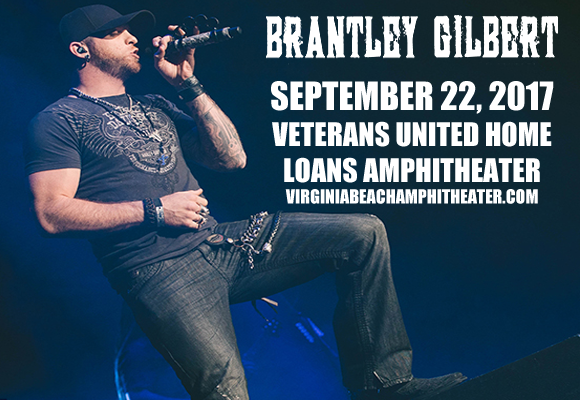 When country act Brantley Gilbert first began his music career, it was as a songwriter for artists including Jason Aldean (he wrote Aldean's singles “My Kinda Party” and “Dirt Road Anthem”) and Colt Ford, but he soon came to make his name as artist in his own right. He released his debut album, Modern Day Prodigal Son, in 2009 on Ford's independent label Average Joes Entertainment. Gilbert released two independent albums with the label, and drew the attention of Big Machine's Valory Music imprint, with whom he signed a major-label deal in 2011. Gilbert re-released 2010's Halfway To Heaven with Valory, and went on to release two studio albums with the label, as well aseleven country chart entries, four of which have gone to number one. His latest release, The Devil Don't Sleep, debuted at number 2 on the Billboard 200, reaching number one on the Top Country Albums Chart.