Chris Young fans, get excited!! One of country’s brightest stars is headed on tour in 2019 with his latest record “Losing Sleep,” and what’s more, he’s taking Chris Janson along with him for the ride!! They’re on their way to the Veterans United Home Loans Amphitheater on Thursday 22nd August 2019 – do not miss out on this, whatever you do!! Tickets are on sale NOW and selling fast – get yours before they all disappear! 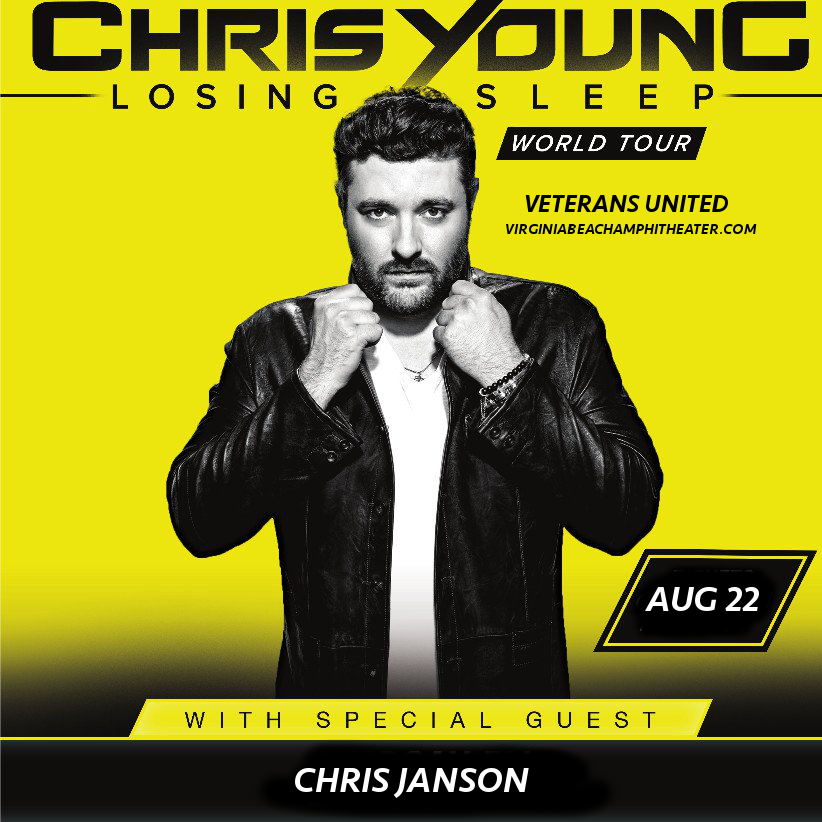 Since Chris Young first made waves on the country scene with his performance on Nashville Star (eventually winning the competition) his has been a gradual ascent from newcomer on the scene to household country name. His self-titled debut album was released in 2006, and was immensely popular. Following that, he has released 6 more albums, each better and more popular with critics and audiences alike than the last. We hardly need to say that his most recent album, “Losing Sleep,” is something truly special!

Describing the title track and first single from the album, Chris Young stated that “Losing Sleep” is "the most pop-leaning song I've ever done… But there's a lot of stuff on this record that's really traditional-leaning, too. My voice is unabashedly country, but I do think this is a very in-the-moment record."

The question is, are you ready to be in that moment, singing along to Chris Young LIVE? If the answer is yes, then there’s no time to loose – grab your tickets NOW while they last!!