It's time for a brand new headlining tour from country star Chris Young, who will be hitting up nearly 30 cities across the US for the first leg of his Town Ain't Big Enough Tour – named after his track with fellow country singer Lauren Alaina! The platinum-selling, chart-topping artist will be performing a set of brand new material from his upcoming album Raised On Country, plus some classics from his last six records! Scotty McCreery & Payton Smith will be joining him in support for the tour, which comes to Veterans United Home Loans Amphitheater on Thursday 13th August 2020! 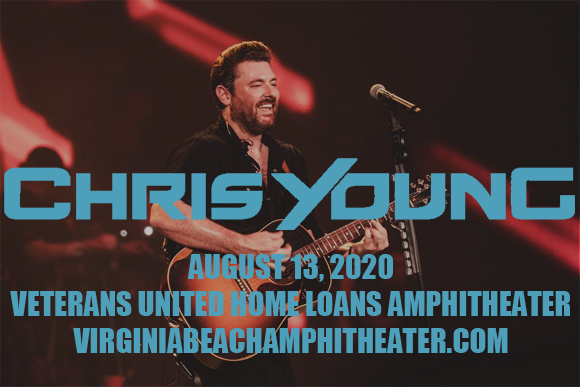 Grammy and ACM Award-nominated country star Chris Young began his musical career performing in local clubs in his native Texas. In 2006, a chance encounter with an encouraging fan at a show in Arlington changed everything for the artist when he was urged to audition for the country music reality show, Nashville Star. Young successfully did so and went on to win the competition, as well as the prize of a record contract with RCA Records Nashville. He released his eponymous debut album with the label that year, but it was his 2009 follow-up, The Man I Want To Be, that brought him mainstream success, launching three number-one singles and earning him both a Grammy Award and an ACM Award nomination. Since his career began, Young has charted nine number-one singles on the Billboard Country Airplay Chart, and all six of his studio albums have hit the top 10 on the US Country Albums Chart, with four of them hitting the top five on the Billboard 200. This year, he releases his seventh studio album, Raised On Country.