After his hugely successful tour with alt-rock heroes Counting Crows last year, Matchbox Twenty lead singer Rob Thomas has reformed the band, and they're coming to Veterans United Home Loans Amphitheater on Wednesday 23rd August 2017 as part of the A Brief History of Everything Tour! The tour will see the two bands performing all the hits that carried them to the dizzying heights of fame, and it's gonna be awesome!

Nominated for an Academy Award for their 2004 song "Accidentally in Love," which was included in the film Shrek 2, American alternative rock band Counting Crows has sold over 20 million albums worldwide. The band started life as an acoustic duo formed by singer Adam Durlitz and producer/guitarist Dave Bryson in 1991 in Berkeley, California. After gaining a following by playing the bars and clubs of Berkeley and San Fransisco in the early '90s, the duo had grown into a band by 1993, signing to Geffen Records later that year. Their debut album, August and Everything After, became the fastest-selling album since Nirvana's Nevermind, helped by the hit single “Mr Jones”. They have released seven studio albums to date. 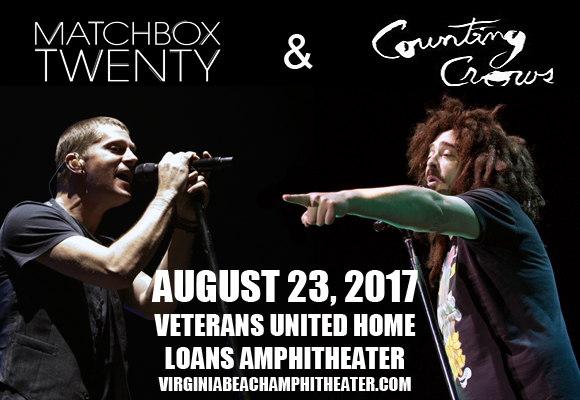