Fm99 Lunatic Luau RETURNS to Veterans United Home Loans Amphitheater on Friday 5th May 2017! With a line-up that's going to blow your mind!

The day event will be celebrating the 17th show to date! Grab your passes before it's too late and make sure you are part of the crowd, the energy is bound to be insane!
Headliners include the likes of Avenged Sevenfold… for more details see the image below: 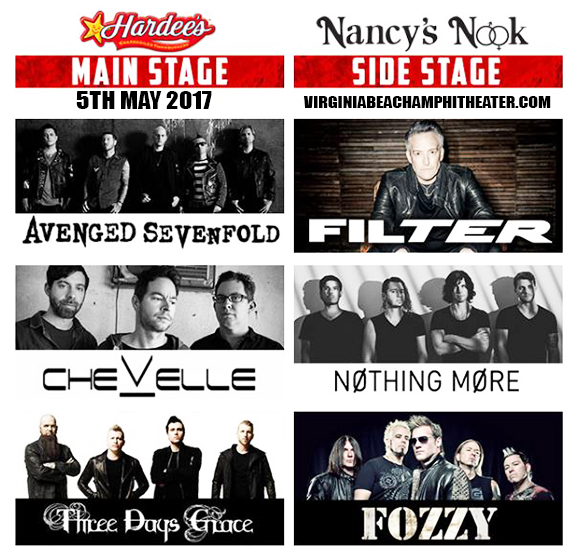 The Lunatic Luau has become one of the biggest annual festivals of the year at Virginia Beach and the first one kicked off the Amphitheatre's second season of events!
Since it's debut back in 1997, the Fm99 Lunatic has been taking place for 20 years to showcase the biggest talent out there within the Alternative and Heavy Rock scenes…
The initial line-up included; Faith No More and also included Seven Mary Three, The Nixons, Corrosion of Conformity, Our Lady Peace, The Hunger, Jimmie’s Chicken Shack, and Drain sth!

Each and every year the bill has grown, becoming more and more impressive with the performances from the likes of huge worldwide artists; Papa Roach, Korn, Rob Zombie, Slash, Buckcherry and many more! Whatever you do – don't miss this one for 2017!