Country rock fans get ready for a night that you never ever forget!! On this unmissable summer date, the legendary Hank Williams Jr. & Lynyrd Skynyrd will be bringing their EPIC performance to the live stage at Veterans United Home Loans Amphitheater on Friday 11th August 2017 – you can grab the chance to be there! Tickets are already selling fast, so whatever you do, don't wait around! 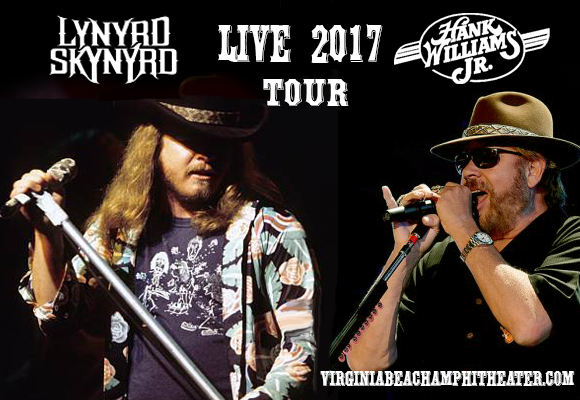 The incredible singer/songwriter, Hank Williams Jr kick started his successful career from day one, taking after his musical Father, Hank Williams, he released his debut album as a solo artist in his own right, along with a cover of "Long Gone Lonesome Blues."
Hank Jr has given the world many hit songs that have rocketed into the Country charts such as the 1989"There's a Tear in My Beer" which would later win him a Grammy Award in 1990 for Best Country Vocal Collaboration. He is also known globally for "A Country Boy Can Survive."

Now a long standing artist across the board, he is embarking on tour this summer across North America with the amazing Lynyrd Skynyrd – together is a match made in heaven! Get down to see it all for yourself!!