Imagine Dragons fans! The Grammy Award-winning "Next to Me" rockers are headed to Veterans United Home Loans Amphitheater on Tuesday 3rd July 2018 as part of their extended Evolve World Tour! Continuing to promote their incredible third album, the band will be putting on an electrifying show, and will be joined by 14-year-old indie singer-songwriter Grace Vanderwaal in support! 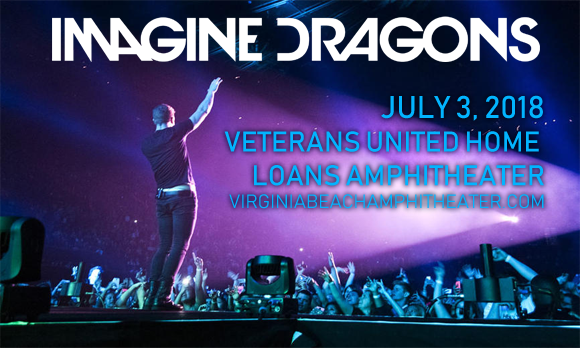 American rock band Imagine Dragons formed in Las Vegas, Nevada and released their debut album, Night Visions, in 2012. By the following year, the album's lead single “It's Time” topped Billboard's "Year In Rock" rankings, the band were named Billboard's "Breakthrough Band of 2013", "Radioactive" from Night Visions  was named "biggest rock hit of the year" by Rolling Stone and MTV called them "the year's biggest breakout band". Their success continued with the release of their 2015 follow-up Smoke + Mirrors, which reached number one in the US, Canada and the UK. Their latest album, Evolve, was released in 2017.