Incubus and 311 both came up in the alt-rock/nu-metal scene of the '90s and 2000s, and are still killing it with their music today! The bands toured together nearly 20 years ago, and this summer they're teaming up for a co-headliner that comes to Veterans United Home Loans Amphitheater on Saturday 8th August 2020! 311 will be performing from 2019's Voyager, and Incubus will be playing brand new material from this year's release, Trust Fall (Side B), but you know they'll be busting out the classics so that eager fans can have a singalong! Not only will you be getting full sets from these heavyweights, but Badflower will be playing in support! 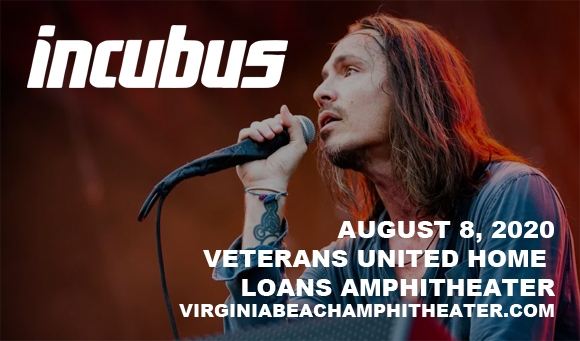 Alternative rock band Incubus released its self-produced debut album, Fungus Amongus, in 1995, four years after forming in Calabasas, California. The album secured the group a record deal with Sony subsidiary Immortal Records (later Epic), and they released their major-label debut, S.C.I.E.N.C.E., with them in 1997. The album was certified gold and found some success, but their first taste of wider popularity came with the double-platinum album Make Yourself (1999), which gave them their first top 10 single on the Billboard Hot 100 with "Drive". Since then, the band has been consistently popular, with all five of its subsequent albums hitting the top five on the Billobard 200, including the number one album Light Grenades (2006). The band has also chart 17 top 20 singles on the US Alternative Songs chart, including 13 top 10 hits and three number ones. In 2015, Incubus released the EP Trust Fall (Side A), and this year its follow-up, Trust Fall (Side B), is released. Despite earning a place within the alt-rock, alt-metal and nu-metal scenes, Incubus' music incorporates elements of a wide variety of genres, including funk, thrash, pop, hip hop, techno and more. Over the years the group's defiance of genre has put it in a class of its own.