Are you ready for the legendary Janet Jackson!? The pop star and cultural icon is back with the State Of The World Tour 2018! The show’s coming to the Veterans United Home Loans Amphitheater on Sunday 29th July 2018! Get ready to see the youngest star of the Jackson family perform live before your eyes – if her previous shows are anything to go by, it’s bound to be phenomenal!! Get your tickets to see her FAST, because they won’t last long! 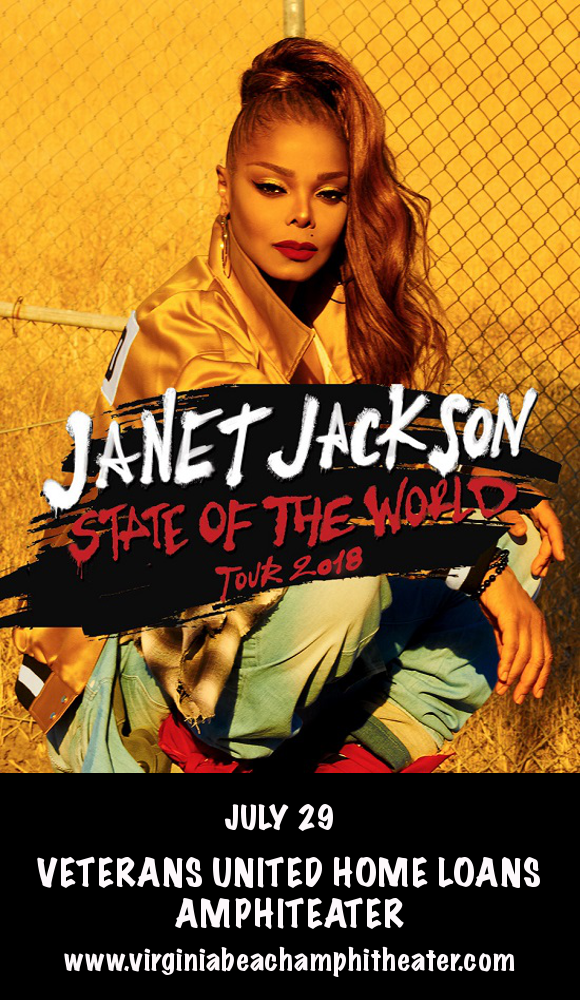 Beginning her career as a child on the TV show “The Jacksons,” and went on to star in other television shows before signing her first record deal with A&M Records. Her third studio album, “Control," a collaboration between Jackson and producers Jimmy Jam and Terry Lewis resulted in a distinct progressive sound that incorporated various genres and styles including R&B, disco, funk, rap vocals and electronic elements, and firmly established Janet Jackson as an innovative pop icon. Her fifth album, “Janet," saw the singer become more musically open about elements of her sexuality, developing herself a new public image as a sex symbol.

Thanks to her prolific output and relentless work ethic, today, Janet Jackson has sold over 100 million records, making her one of the best-selling artists in modern music history alongside winning countless awards!! Don’t miss your chance to see one of the most influential artists in pop live – get your tickets to see Janet Jackson NOW while they last!!