The Grammy-nominated American Country star, Jason Aldean, is back on the road on his Rock n' Roll Cowboy Tour, taking a pitstop at Veterans United Home Loans Amphitheater on Saturday, July 30, 2022. The country icon just dropped his newest single "Trouble with Heartbreak" off of his double album "Macon, Georgia", with the latter coming out real soon by April of this year. The star amassed a magnitude of No.1 country hits over the past years including "Dirt Road Anthem", "Don't You Wanna Stay" with Kelly Clarkson, "Burnin' It Down", "Big Green Tractor", and so much more. Expect a night of his greatest hits and fresh new tracks off of his new double record live on stage on the Rock n' Roll Cowboy Tour. Book your tickets now! 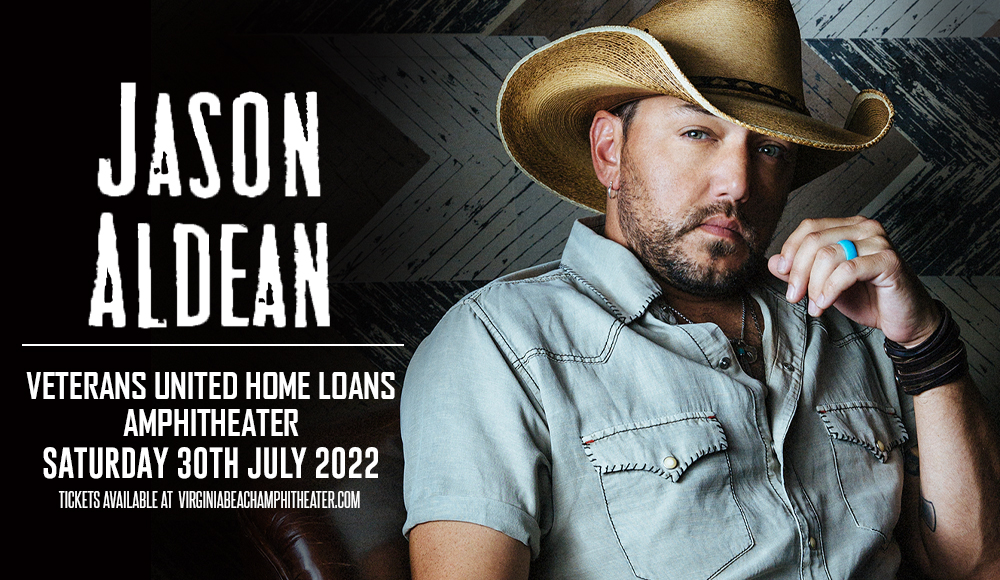 Born and raised in Macon, Jason Aldean became musically inclined at a young age, joining talent shows and performing in local venues. After high school, the man was given opportunities to perform in various clubs and festivals, attracting a record deal. Although Aldean had his fair share of shaky beginnings with deals being dropped a few times. After six months of waiting before deciding to leave Nashville and return home, Broken Bow Records offered him a record deal. His self-titled debut album was a success, now certified-platinum, featuring #10 Billboard Hot Country debut single "Hicktown", and his first country #1, "Why".

From a shaky start of trying to score a record deal, Jason Aldean propelled to become one of the country's hottest country stars with seven platinum-awarded studio records throughout his career including 2007's "Relentless", 2010's 4x Platinum "My Kinda Party", and his 2018 album "Rearview Town".

As the world entered a new decade, there's no stopping Aldean from shining brighter as he dropped the first half of his double album, 'MACON', last 2021, featuring the #1 Country Airplay single "If I Didn't Love You" with Carrie Underwood.

The second half of his double album, 'GEORGIA', is set to drop on April 22nd. Fans can expect exciting new tracks in Aldean's new era off his tenth studio record, 'MACON, GEORGIA', taking inspiration from his hometown in Macon, Georgia.

“I love the country stories, … I love the melodies and the stories that the country music has. But I always wanted to hear the music side of everything a lot more aggressive than that…" says Jason Aldean about the inspiration for his double record.

“I’m ready to get back out and feel the nights come alive,” said Aldean he gets ready to drop the second half off of his double record and embark on the Rock n' Roll Cowboy Tour.

Fans are in for a wild night of the star's biggest hits, and fresh new music off of his latest double album to be released real soon. Be one of the first to hear fresh new tracks performed live on stage by the star himself, Jason Aldean. Book your tickets now!