Second-to-none blues guitarist Joe Bonamassa comes to Veterans United Home Loans Amphitheater on Saturday 5th August 2017 for a night of unforgettable, mind-blowing music! The incredible performer will be giving fans the chance to enjoy songs from his most recent critically acclaimed album, and may even have a few surprises in store! 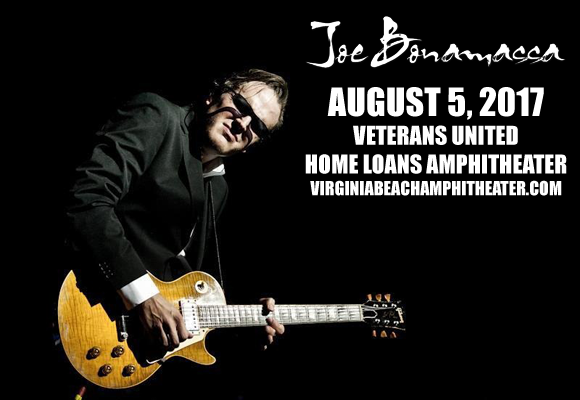 A child prodigy, who began learning to play the guitar at the tender age of 4, Joe Bonamassa is now noted as one of the greatest players in the world. Aged 12, Bonamassa was fronting his own band, Smokin' Joe Bonamassa, and went on to open 20 shows that year for blues legend BB King. By the time Bonamassa reached adulthood, he had already performed with many of his musical heroes, having played alongside such artists as Stephen Stills, Eric Clapton, Blondie Chaplin, Foreigner, Buddy Guy, Steve Winwood, Warren Haynes, and Derek Trucks among others. To date, he has released 15 solo albums through his independent record label J&R Adventures, of which 11 have reached #1 on the Billboard Blues charts.