Journey, the hardest-working arena rock band known to man, are back on tour and this time they're teaming up with an unlikely, but incredibly exciting act: English-American new wave punk rock band The Pretenders! The two Rock and Roll Hall of Fame inductees are headed to Veterans United Home Loans Amphitheater on Friday 7th August 2020 for a night of classic hits like "Don't Stop Believin'", "Lights", "Faithfully", "Any Way You Want It", "Open Arms", as well as "I'll Stand By You", "Back On The Chain Gang", "Brass In Pocket", "Don't Get Me Wrong" and more! 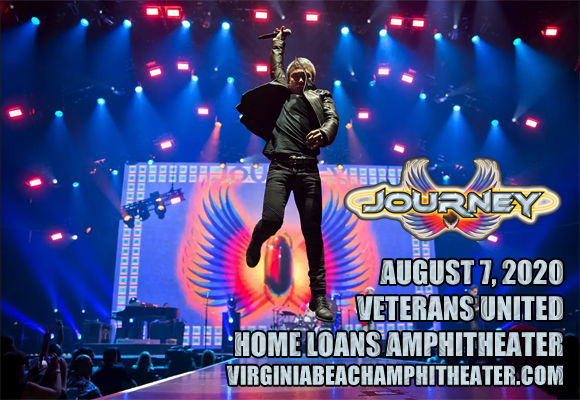 When they began in 1973, formed by ex-members of Santana and Frumious Bandersnatch, American rock band Journey were known for their progressive jazz fusion, which mainly veered toward the instrumental. After their first three albums, Journey took a drastic change in musical direction, leading to the first of seven consecutive multi-platinum albums: Infinity (1978). With this more pop-rock oriented sound, the band had a string of hit singles, including "Don't Stop Believin'", which had a resurgence in the 2000s, becoming the top-selling track not released in the 21st century in iTunes history. With nearly 90 million records sold worldwide, Journey are one of the world's best-selling bands of all time.