Come on No Shoes Nation, it’s Kenny Chesney with the Here And Now 2022 Tour and very special guest Carly Pearce coming to Veterans United Home Loans Amphitheater on Wednesday, June 15th 2022. Grab your tickets now, Kenny’s 19th studio album, Here And Now, has been out since 2020 and scored him his 16th Top Ten album on release, isn’t it time you heard it played live? It is the soundtrack for coming of age in the flyover for the 21st century. 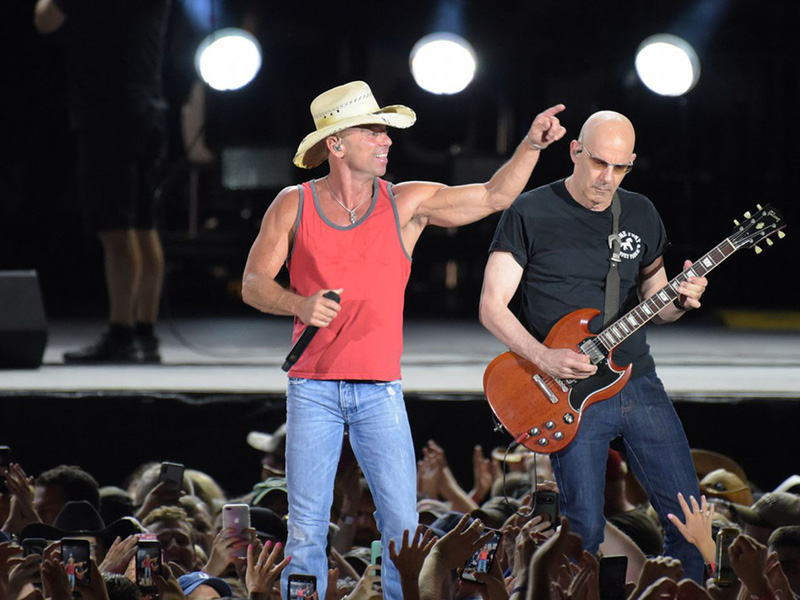 “I never thought we’d be away from No Shoes Nation for three years,” Kenny said. “Now that we finally have the chance to spend the summer together again, I really wanted to provide as many opportunities as possible for everyone to come out and celebrate the music with us; the sense of community and the way we all feel so alive when we’re together celebrating what we love. Whether stadiums or amphitheaters, I can’t wait to see my favorite people in the world. There is something about amphitheaters that creates an immediacy that is so intimate,” Kenny continued. “The energy is very different from a stadium show, and it almost opens the songs up in completely different ways. It’s pretty cool to feel that difference between the two kinds of venues, but I can tell you: both are absolutely the greatest sensations in the world.”

Kenny Chesney has received six Academy of Country Music awards, including four consecutive Entertainer of the Year awards from 2005 to 2008, as well as nine awards from the Country Music Association, and the only Country artist on Pollstar’s Top Touring Artists of the Decade. With his high energy shows, enduring songs and a fan base who often follows him across the country, the Here And Now 2022 Tour promises to make for a memorable year.