Kenny Chesney is back on the road again this summer, blazing a trail on his Trip Around the Sun Tour! Joined by red hot Nashville act Old Dominion, Chesney will be getting the party going at Veterans United Home Loans Amphitheater on Thursday 10th May 2018!

"I personally can’t wait to see this show hit the road. We have so much fun, so much life, so many memories all tied up in these shows and these songs. I am ready to get out there and kick into another summer where we can all celebrate how lucky we are to love life and be able to come together," said Chesney in a statement. 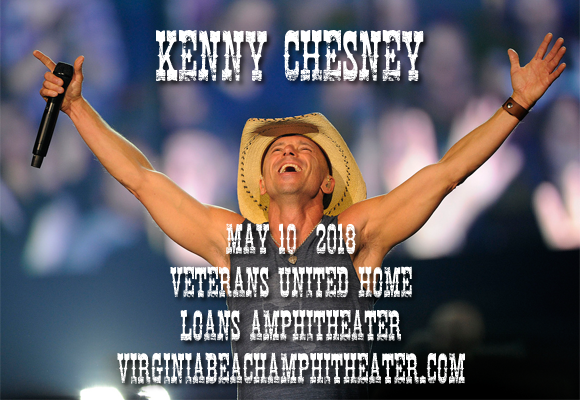 American country music star Kenny Chesney burst onto the scene in 1994 with the release of his debut album In My Wildest Dreams. Since then, Chesney has become one of country music's most popular artists, with fourteen of his twenty studio albums certified gold or higher by the RIAA. To date, Chesney has charted more than forty top ten singles on the U.S. Billboard Hot Country Songs and Country Airplay charts, including twenty nine number ones, and he has sold over thirty million albums worldwide. Chesney is also a hugely popular touring act, and has been highly awarded throughout his career, receiving six Academy of Country Music awards (including four consecutive Entertainer of the Year awards from 2005 to 2008) and six awards from the Country Music Association.