Veterans United Home Loans Amphitheater is proud to present the very best in entertainment, and this unmissable night is no exception! The rumors have been confirmed to be true – Luke Bryan & Brett Eldredge will be coming to perform LIVE on Thursday 17th August 2017 – as one of the most talked about tours of the year, this is one that fans cannot afford to miss! Get your tickets today! 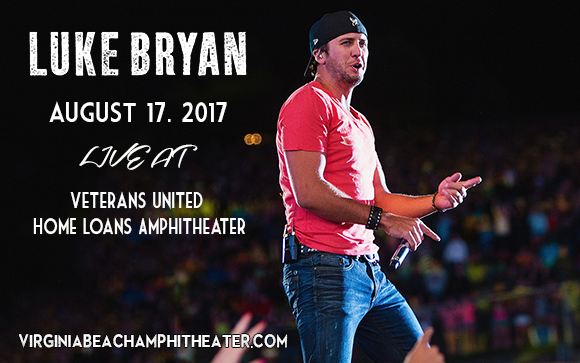 Male Country superstar, Luke Bryan first began his groundbreaking career back in the early 2000's as he started to songwrite for fellow acts on the music scene. It was very clear from the get go that Bryan had talent that should be showcased in his own right. Fast forward to 7 years later and he did just that, with the release of his debut album!

Now, exactly ten years later, Luke Bryan has won a varied selection of awards including; CMT Music Awards – Breakthrough Video of the Year, American Country Awards – Single by a Male Artist — "Someone Else Calling You Baby", American Music Awards- Favorite Male Country Artist Won, Favorite Country Album… so it is no surprise that fans travel far and wide to see him in concert!