Everybody's favorite Country superstar – Luke Bryan is heading out on the road for 2020 and will be making stops along the way to give his fans a dream come true kind of an evening! As he embarks on his 'Proud To Be Right Here' tour, he brings with him on support: Morgan Wallen & Caylee Hammack! Get ready to catch Luke Bryan and special guests LIVE at Veterans United Home Loans Amphitheater on Friday 21st August 2020! Tickets are available now! 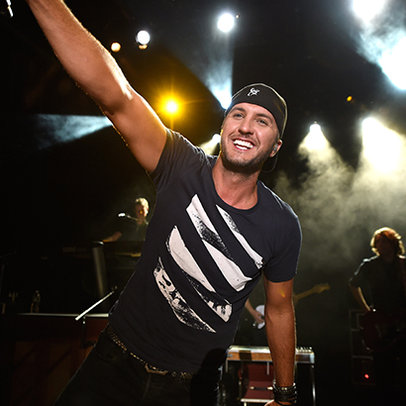 As one of the most popular names in Country right now, Luke Bryan has become a global sensation, known for his chart topping hit single and album releases as well as his most recent feature as one of the hosts on American Idol, along with Katy Perry and Lionel Richie. Although he was already a superstar, Luke Bryan's fan base has grown ever more since the show and won over the hearts of many with his Country roots and hosting style.

Luke Bryan kick started his music career all the way back in the mid 2000's as he begun to focus on his passion, first starting out writing for fellow artists such as Travis Tritt and Billy Currington before moving forward to progressing under his own solo status. With the help of a label sign to Capitol Nashville, Luke Bryan was pushed into the limelight for his unique appeal within the country music scene. His smooth vocals matched with impeccable songwriting skills made him an instant hit for the masses.

With all of his success throughout the mainstream charts and being highly respected within the industry, Luke Bryan has topped it all leading him to gain an "Entertainer of the Year" award for his work. Luke Bryan's career just keeps on giving with over seven million records sold worldwide he is one of the highest selling acts within the country genre!

If you love Luke Bryan – and really who doesn't?! Then make sure you secure your tickets for his exciting, unmissable concert at Veterans United Home Loans Amphitheater this coming summer season!