Get ready for a 90s hip-hop throwback!! This year, Nelly, TLC and Flo Rida are teaming up for a HUGE jaunt around the United States!! They’re hitting the Veterans United Home Loans Amphitheater on Wednesday 31st July 2019 – don’t miss out!! Get your tickets QUICK, before they sell out!! 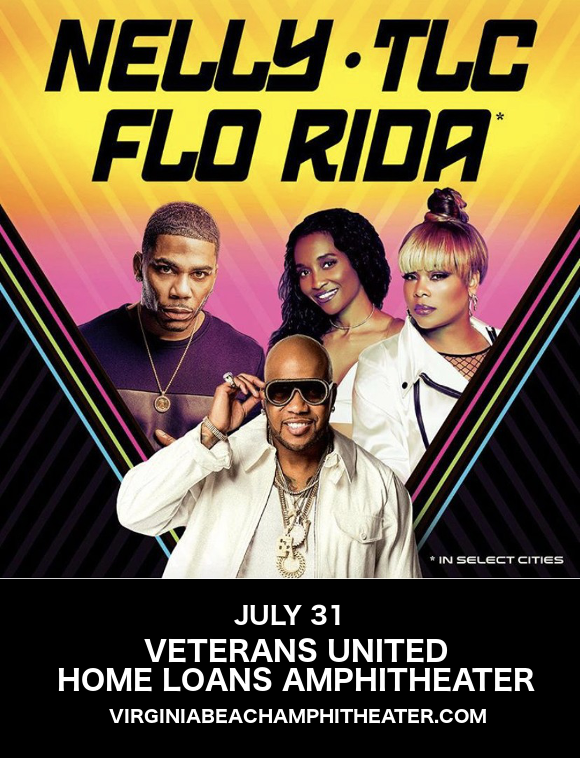 Fans of Flo Rida have been given plenty to get excited about. The hip-hop legend has just dropped the new single “Dancer,” with promises of a fifth album to emerge this year. His instagram suggests it’s just around the corner, so fans can look forward to hearing new material alongside the hits like “Right Round,” “Good Feeling,” and “My House”.

As for TLC, they’re back with a vengeance after releasing their self-titled comeback album in 2017, their first without Lisa “Left Eye” Lopez, who died in a car crash in 2002. “We’re just as strong as before,” they said in an interview. “We’ve been through all kind of life stuff, had kids, marriage, divorce, death. You go through all of that, you can’t help but be stronger.”

Last but certainly not least, Nelly will take to the stage!! He’s been a bit more coy with teasing new music, but has confirmed that a new album is in the works – it’ll be his first since “M.O,” of 2013, so if there’s going to be any new material debuting at these shows, it’ll have fans scrambling to get tickets to be the first to hear it!!

Will you be in among them?? There’s only one way to be sure – grab your tickets to this massive all-star show NOW, while they last!