Make your summer complete with the hottest line-up of the year! Honda presents an EPIC event with three groundbreaking acts; OneRepublic, Fitz and The Tantrums & James Arthur will all be hitting the Veterans United Home Loans Amphitheater on Sunday 23rd July 2017! Get ready to catch OneRepublic as they headline this special event, as fans will know these guys know how to get a crowd jumping! Tickets on sale NOW… 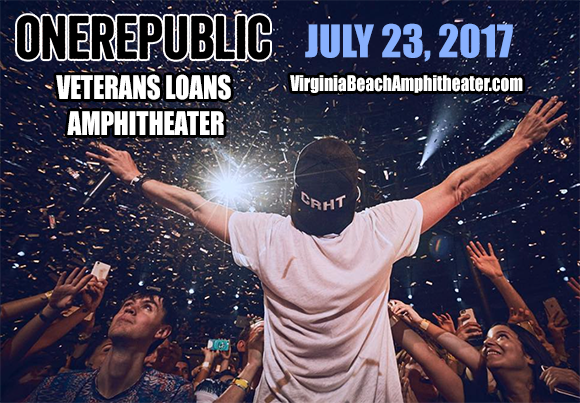 OneRepublic are one of the biggest Pop Rock acts on the scene. Hailing from Colorado, they made the most of the current social media platform, which at the time was Myspace and with their ever growing popularity, took to the road to tour.

It wasn't until the mid 2000's, when their career would truly become a worldwide success… the single "Apologize", was released. And enough can be said as everyone will know, this to be their biggest song to date. Their next one would follow in similar footsteps, "Stop and Stare" became another chart topping success and both are still being played on radios around the globe, 10 years later on!