Mr. Worldwide aka Mr. 305 aka Pitbull comes to Veterans United Home Loans Amphitheater on Tuesday 31st August 2021 as part of his massive I Feel Good Tour! The multi-award-winning, chart-topping artist is hitting up cities all across the US for his first solo headline tour in five years, and he'll be performing hit after hit, including the 6x platinum Spanish hit single "No Lo Trates" from his most recent album, Libertad 548! He'll be joined in support by none other than Australian rapper Iggy Azalea! 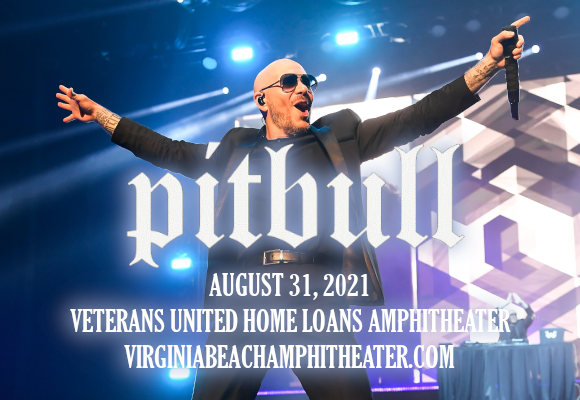 American rapper Pitbull has sold over 25 million studio albums and over 100 million singles worldwide since his debut in 2004 and was ranked by Billboard as the 45th Top Artist of the 2010s and the 24th Top Latin Artist of the 2010s. A 35-time Billboard Latin Music Award-winner, the artist began his career performing reggaeton, Latin hip hop, and crunk, but made the transition in 2011 to a more pop-oriented feel with his album Planet Pit. A prolific performer, he has over 200 music videos, over 300 singles (including features), over 1,000 songs (in total), and has been involved in more collaborations than any other music artist. His two biggest hits – "Give Me Everything" ft.  Ne-Yo, Afrojack and Nayer (2011) and "Timber" ft. Kesha (2013) – are two of the biggest-selling singles of all time in the US, with "Timber" also topping the charts in twenty nations including the US and UK. Pitbull’s latest album – the Spanish language Libertad 548 – was released in 2019.