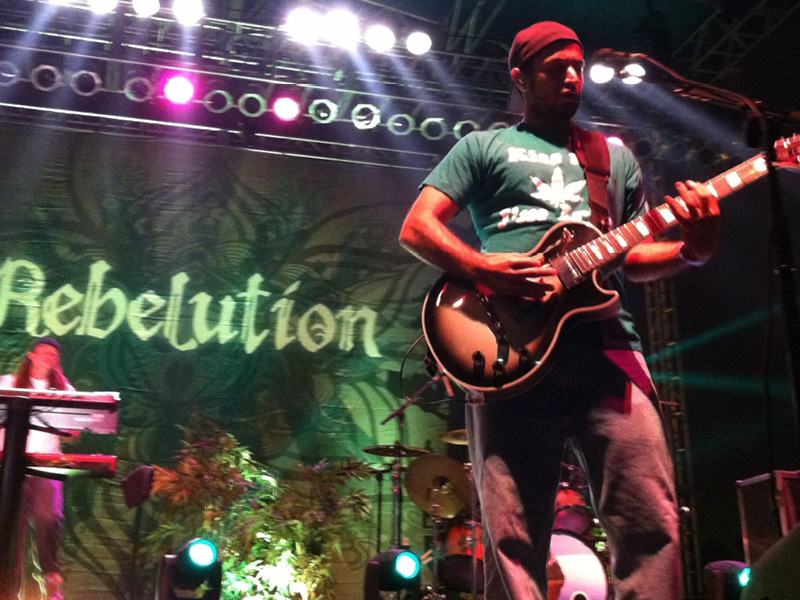 With a sound that amalgamates pop and reggae, breezy alt-rock, with groove-laden hip-hop, Rebelution debuted in 2007 with Courage to Grow, and quickly became fixtures on the Billboard Reggae Charts, scoring a staggering five consecutive number 1 albums. When the band was nominated for a Grammy in 2017 for their 2016 album, Falling Into Place, it proved the culmination of more than a decade spent woodshedding, endlessly touring, and a D.I.Y. attitude in managing an ever-growing international fan base. In 2021 Rebelution issued their seventh full-length effort, a sonically diverse album, In The Moment, featuring guest spots from Kabaka Pyramid, Keznamdi, and Busy Signal, as well as American soul singer Durand Jones. The album debuted at number 2 on the Billboard Reggae Albums chart and number 36 on the Independent Albums chart.

Steel Pulse presented their debut album, Handsworth Revolution, in 1978, and in 1986 they became the first and only non-Jamaican band ever to win the Grammy Award for Best Reggae Album, for their sixth studio album, Babylon The Bandit. Now in 2019, Steel Pulse’s twelfth studio album, Mass Manipulation, was released and reflects four decades of music committed to bettering mankind and was nominated for the 2020 Grammy Awards for Best Reggae Album.