Reggae rock band Slightly Stoopid brings mellow, sunshine-filled vibes to Veterans United Home Loans Amphitheater on Friday 21st June 2019 on the How I Spent My Summer Vacation Tour! It's time to get a little bit silly with this genre-bending California band as they get you grooving to their carefree tunes, including songs from last year's LP, Everyday Life, Everyday People! Joining them on their annual summer jaunt this year will be Matisyahu, Tribal Seeds and HIRIE in support! 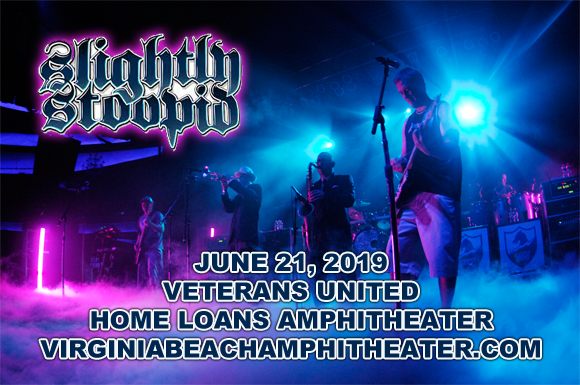 Seven-piece American reggae rock band Slightly Stoopid was formed by childhood friends  Miles Doughty and Kyle McDonald and their high school friend Adam Bausch in Ocean Beach, California in 1994. The group's fusion of rock, reggae, blues, hip-hop, metal and funk caught the attention of Sublime frontman Bradley Nowell when they were still in high school, and they were soon signed to his label, Skunk Records. In 1996, the band released its debut album, Slightly $toopid, which was the first of nine studio albums for the band – their most recent being 2018's Everyday Life, Everyday People. Slightly Stoopid has also released four live albums/DVDs and one EP.