17 time Grammy Award winner, Sting comes to Veterans United Home Loans Amphitheater on Wednesday, August 31st, 2022 to finally finish his My Song Tour, an album that he brought out, way back in 2019 and began a tour for and even ran a Vegas residency. Now is your chance to hear this fantastic album live! All of Sting’s greatest song, re-done, remastered and even better than ever, this is the ultimate Sting concert ever! Grab some tickets right now. 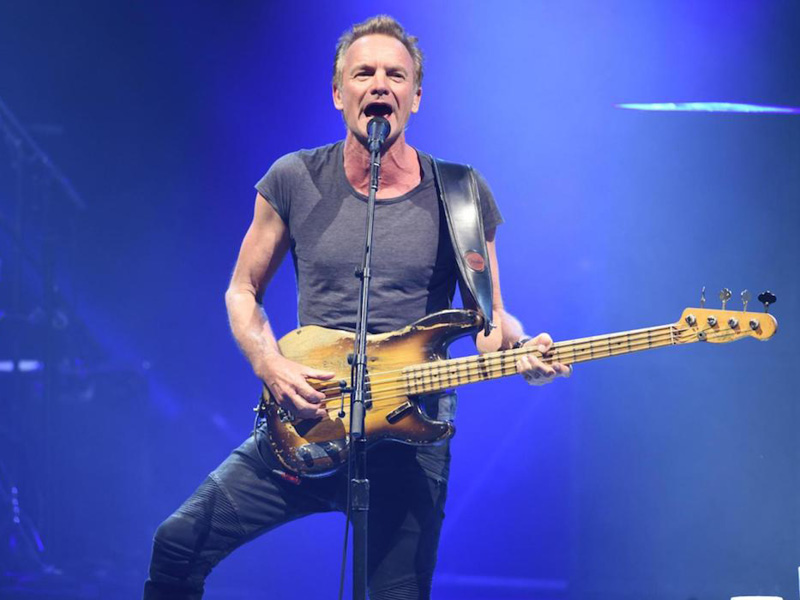 Sting's fourteenth album, My Songs, was released in May 2019. It features 14 studio re-recorded versions of his best-selling songs, and one live recording, released throughout his solo career, plus his time with the Police. The album charted at number 145 on the Billboard 200 and number 28 on the Top Rock Albums chart.

The English singer, songwriter and actor, Gordon Matthew Thomas Sumner CBE, is Sting. He was the frontman, songwriter and bassist for new-wave rock band the Police from 1977 to 1984. Sting launched his solo career in 1985 and is well known for including elements of rock, jazz, reggae, classical, new-age, and worldbeat in his music. With a career total of 17 Grammy Awards, his most popular hit, "Every Breath You Take", has won both Song of the Year, and Best Pop Performance, was the biggest US and Canadian hit of 1983, topping the Billboard Hot 100 singles chart for eight weeks, and in 2019, he received a BMI Award for "Every Breath You Take" becoming the most-played song in radio history. The song is one of The Rock and Roll Hall of Fame's Songs that Shaped Rock and Roll, and on the 60th anniversary of the Billboard Hot 100 Chart, Billboard released the "Greatest of All Time Hot 100 Singles" chart where the song was ranked at number 29.