Remember this! The Jonas Brothers are here to bring happiness back as they perform live on stage at the Veterans United Home Loans Amphitheater on Saturday, 9th October, 2021 on their "Remember This" tour. The brothers are well-known for their early days on Disney Channel which won hearts of audiences around the globe, pushing them towards their breakthrough success. With their 2019 reunion that brought you the chart-topping, massive-hit, "Sucker", and their 2019 album "Happiness Begins", the band is back once again bringing happiness to fans with their much-anticipated upcoming single, "Remember This", inspired by the upcoming Tokyo Olympics and Team USA, and a tour where they perform live on stage across the country. Remember, mark the date and book your tickets now! 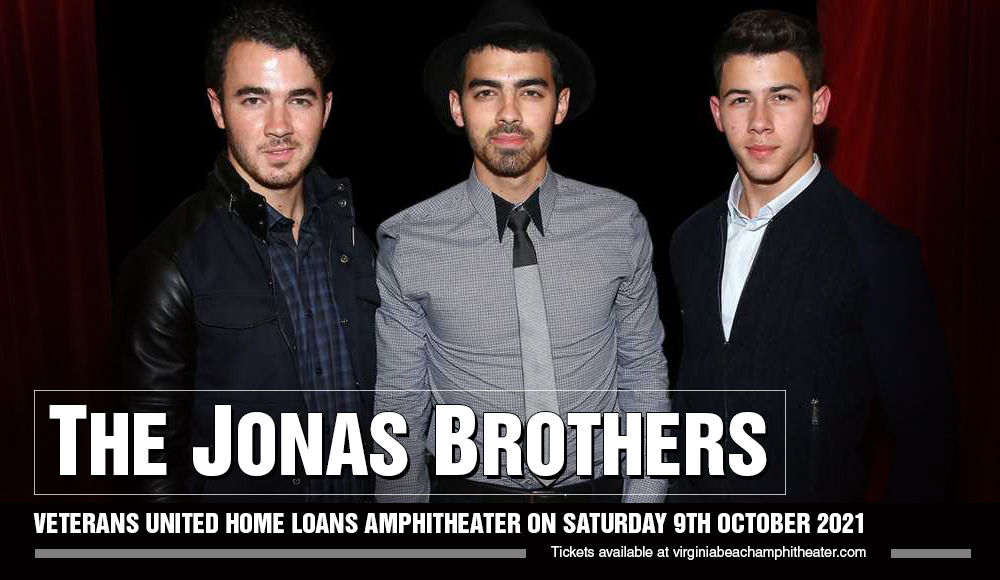 The band has been teasing hints and statements of new music coming soon, stirring hunger and anticipation from fans. In an Instagram live from March 2021, Joe Jonas said "…we've got some good stuff we're working on and we can't wait to share it with you guys". The brothers are here to make fans 'remember this, that the brothers likewise remember their fans and are here to serve us bops as they kick off on a new single and a tour worth remembering.

"Remember This" will also be featured in NBC's promotional campaign for the Tokyo Olympics.

From their fan-favorite Camp Rock appearance to their massive-hit reunion in 2019, the band has been Grammy-nominated, and won awards in the AMAs, Billboard, MTV, iHeartRadio and much more. After their six-year hiatus, with their chart-topping reunion record, happiness definitely began for the fans and the band alike.

So, if you're a 'sucker for the Jonas Brothers, 'remember this, they're coming back with new music, and said "We couldn't be more excited to officially announce we are going on tour this summer and brining our friend Kelsea Ballerini!". So book those tickets now!