Country lovers, if you missed your chance to catch the incredible Zac Brown Band in 2018, then fear not! In response to popular demand, they’ve extended their Down The Rabbit Hole Live tour into 2019. They’re headed to the Veterans United Home Loans Amphitheater on Friday 12th April 2019! Don’t miss it – grab your tickets NOW while you have the chance!! 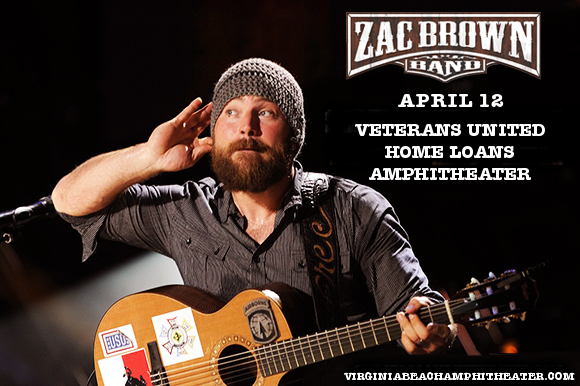 The Zac Brown Band are currently touring in support of their most recent album, “Welcome Home”, described by band leader Zac Brown as his most personal record yet. “This is the first album we wrote from scratch. Every one of these songs was written for this record….We decided to write the most personal record we’d ever written, about the things that matter the most to us, the struggles and the celebrations of life and our relationships with our families. That’s where this began.”

The new intimacy and rawness of the album seems to have resonated with fans and critics alike – it shot straight up to number 2 on the Billboard 200 and charted at number 1 on the Top Country Albums chart. Featuring the single “My Old Man,” “Welcome Home,” is a warm return to the band’s country roots after much experimentation with various genres in response to gaining mainstream attention.

But there’s more – together with the announcement of the new tour, the Zac Brown Band have released an all-new song! Listen to the new single, “Someone I Used To Know,” below – but don’t wait too long, because those tickets certainly won’t!!