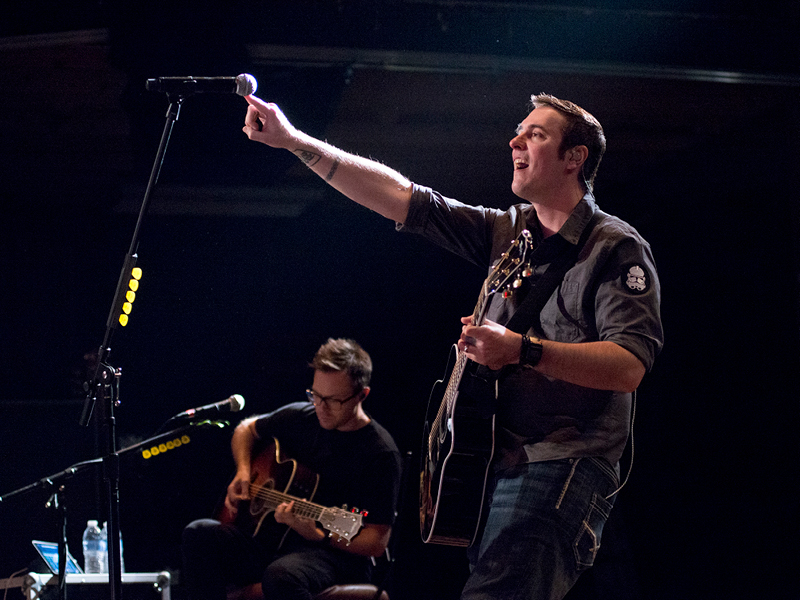 Breaking Benjamin are touring in support of their compilation album Aurora, containing reworked versions of some of the band's biggest hits over the years. It also includes one new song, the lead single "Far Away" featuring Scooter Ward from Cold. The album also includes guest appearances from Lacey Sturm, Michael Barnes of Red, Adam Gontier of Saint Asonia, and Spencer Chamberlain of Underoath. The album peaked at number 29 on the billboard 200 and number 1 on both the Billboard Top Rock Album and Hard Rock Album Charts.
“This album is a celebration of our incredible fans; for those who have been there since hearing ‘So Cold’ for the first time in 2004, and the new ones who have joined us on this amazing journey along the way. We’ve always shared a unique emotional connection to our music with our fans, and this album attributes to those dark times and euphoric ones. From wherever you joined along the road to Aurora, this one is for you. Thank you.” – Benjamin Burnley.

Bush will unveil their new album, The Kingdom, in May. So far Gavin has this to say “We are really proud of The Kingdom, It’s as if all roads traveled over the last few years have gotten us to this point. We look forward to this cycle – old fans, new fans, likeminded people who are searching for their kingdom.” In the mean time you can get a sneak peak by listening to the new single “Flowers On A Grave”