Dierks Bentley has a busy year in store, with his What The Hell Tour hitting up cities across the US all summer long! Bentley will be hitting the road with special guests and touring buddies Cole Swindell & Jon Pardi, and they'll be heading to Veterans United Home Loans Amphitheater on Sunday 16th July 2017! Don't miss what's gonna be the hottest country show of the year! 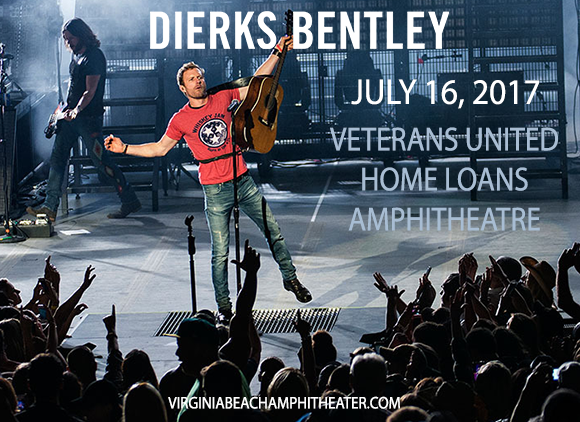 Launching into the scene in 2003 with his self-titled debut album, released on Capitol Records, Dierks Bentley has since become one of the biggest stars of country! With nine studio albums under his belt, including two platinum-selling LPs, plus eighteen singles, of which thirteen have reached number one in the charts, and seventeen have reached the top five, Bentley seems unstoppable! Black, his most recent album, was released in May 2016.