Godsmack has often been compared to its alt-nu-rock contemporaries. Yet what matters, in the end, is that they have carved out their own sweet spot among their legions of fans; and they must be rocking them the right way as they are still at the top of their game for more than 20 years on. 2019 is still not the time to rest. Godsmack has embarked on yet another tour de force that his taking them to the Veterans United Home Loans Amphitheater on Friday 19th July 2019. Metal fans from different generations are not the type to skip this event. Get right smack into the moshpit by booking your tickets a.s.a.p. ! 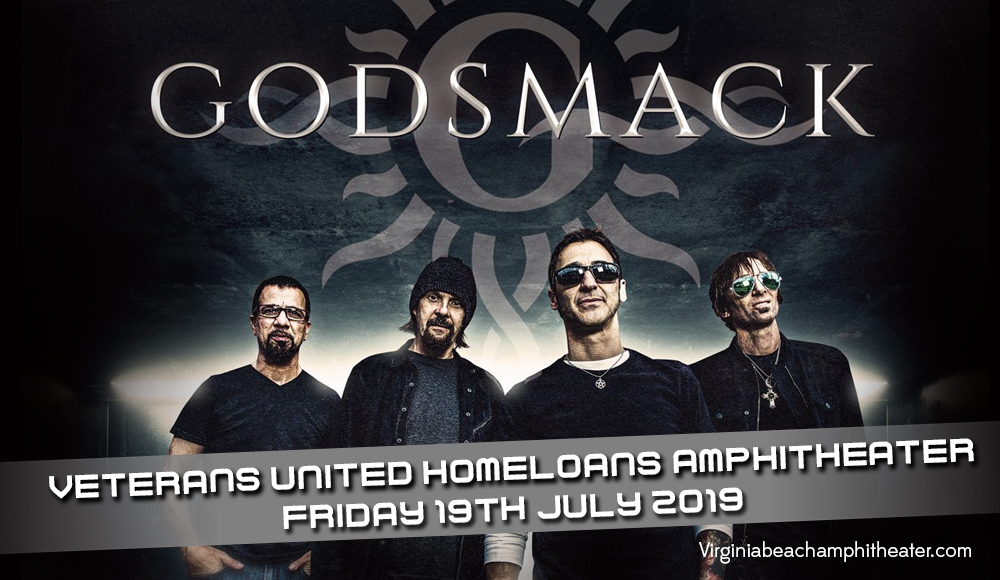 For a city mayor to declare a "Godsmack Day" in the city of Boston is telling of the depth and breadth of influence the band has created in the metal music fandom and beyond. Godsmack was formed back in 1995, and they've certainly come a long way. Count three consecutive number-one albums, namely "Faceless", "IV", and "The Oracle" hitting the Billboard 200 charts. With 25 top ten rock radio hits, including 18 songs in the top five, Godsmack is touted one of the pillars of heavy metal rock.

Music critics have often compared and pitted them against their contemporaries. "Erna's singing style has been stated as "the snarl of James Hetfield", and "composed of dark harmony that sounds a lot like Alice in Chains". Merrill's bass style has been described as "bulldozer bottom with occasional slap-bass reverb". Larkin's drumming is thought to "worship at the twin altars of Neil Peart and John Bonham". And Rombola's guitar playing style has been praised as "guitars that sound like percussion instruments". [source: Wikipedia]

But the fans are unfazed. Godsmack has carved out their own spot where they mind their own business and create their own brand of noise barrage. And fans like it that way!

Don't call yourself a fan if you don't score tickets to this show! Get your tickets now!