The rumors are true! It's time to get excited as the Canadian Rockers RETURN!

Nickelback & Daughtry will both be hitting the Veterans United Home Loans Amphitheater on Tuesday 4th July 2017! If you're a fan of Nickelback, then whatever you do, don't miss it – as they bring their brand new record "Feed The Machine" – this is going to be a big one! Get your tickets while you can! 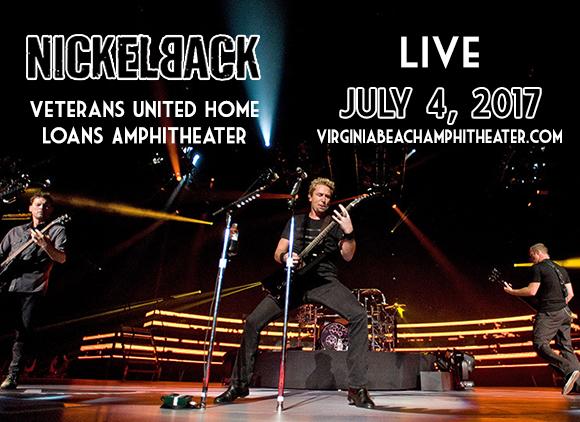 Canadian Rock group, Nickelback hit the mainstream back in 2001 with their unforgettable studio album, "Silver Side Up!" As many fans and pretty much everyone around the world will remember that this record carried the explosive hit single "How You Remind Me" – once this was released, it was hard to avoid the success. Nickelback were now the name on everyone's lips and the anthem was said to be the 'Best Selling Rock song of the decade" by Billboard – a well deserved and completely spot on title.

To this day, Nickelback have had several top number 1 singles and their best album to date was he 2005 'Reasons' which gave them 3 top 10 singles and a mighty 5 top 20 singles! This incredible act
became the eleventh best-selling music act of the 2000s, and the second best-selling foreign act in the U.S. of that decade, behind the one and only, The Beatles!