Rap and trap fans, get ready for Shaggfest 2017, featuring Fetty Wap & A$AP Ferg!! Comeing to the Veterans United Home Loans Amphitheater on Saturday 1st July, you can’t afford to miss this incredible event!! Book tickets NOW to be sure of your place!! 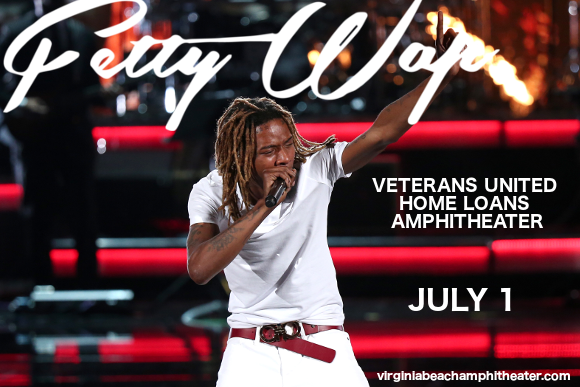 Hailing from Paterson, New Jersey, since emerging onto the scene Willie Maxwell (better known as Fetty Wrap) released two mixtapes, seeing phenomenal worldwide success with his first single “Trap Queen,” which peaked at number 2 on the Billboard Hot 100!! He went on to be signed by 300 Entertainment, and went on to release two more top 10 singles, "My Way” and “679”. His self-titled debut album, released in 2015, went straight to number 1!! In January 2017, he released the single "Way You Are" featuring Monty, followed up by "Flip Phone" in February, hinting at even more works to come!!

Part of the hip hop group A$AP Mob, Darold D. Brown Ferguson, Jr. used the group’s name as inspiration for his own, going on to start a solo career alongside his work with the group in 2013. His first album, “Trap Lord,” shot straight into the Top 10 and hit second place in the US Rap Chart. Having only been active since 2007, he has already been given a BET Hip Hop Award for “Rookie of the Year”. Drawing comparisons to Memphis, Juicy J, and fellow A$AP Mob member A$AP Rocky for his low-pitched voice and smooth delivery, A$AP Ferg promises to become a dominant force on the modern day rap scene.