Ladies and Gentlemen, the English pop rock band all the way from Manchester in the United Kingdom, The 1975! Playing right here at Veterans United Home Loans Amphitheater, Virginia Beach on Friday June 5th 2020 at 7:00PM. Its three for three with the 1975, three albums and three number ones! With their brand-new album, Notes on a Conditional Form, out in April 2020 this will be an awesome show with some all new music! Buy your tickets right here, right now because these are going to sell fast! Supporting acts are Beabadoo bee and Phoebe Bridges. 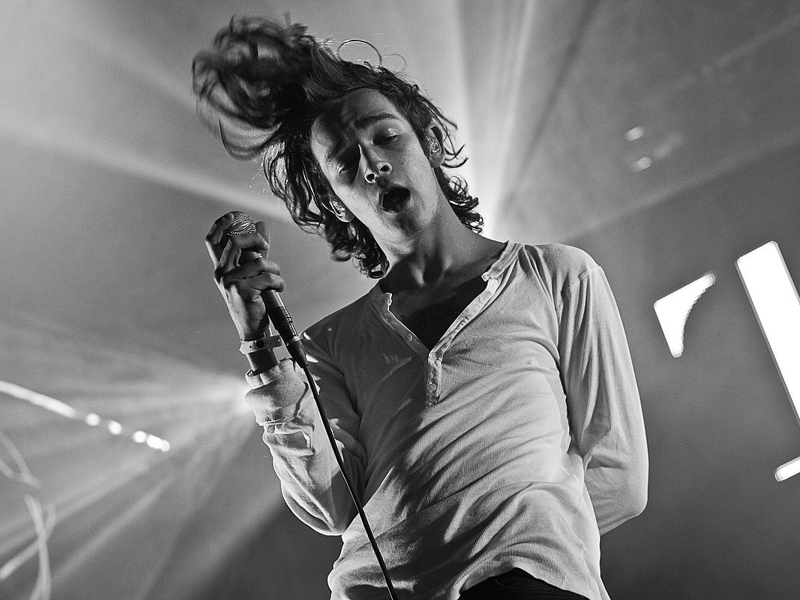 The 1975 are lead vocalist and rhythm guitarist Matthew Healy, lead guitarist Adam Hann, bassist Ross MacDonald, and drummer George Daniel. Their self-titled debut album, 1975, included the popular singles "Sex", "Chocolate", and "Robbers" reached number one in the United Kingdom. Their second album, I Like It When You Sleep, for You Are So Beautiful yet So Unaware of It, reached No. 1 in the US and UK. Their third album, A Brief Inquiry into Online Relationships, was released to critical praise, and became their third No. 1 album in the UK! The 1975 has been classified as a pop rock band. Scott Kerr of AllMusic wrote that the band combined "the dark and youthful themes of sex, love, and fear with ethereal alt-rock music." Healy specifically cites Talking Heads, My Bloody Valentine, and Michael Jackson as musical influences; he states that his greatest influence is the oeuvre of filmmaker John Hughes.

$1 from each ticket sold will go to One Tree Planted, a nonprofit organization that plants trees all over the world to fight climate change, protect biodiversity, empower communities and restore our planet. Their aim is to reforest the planet, one tree at a time.