The Black Crowes are headed to Veterans United Home Loans Amphitheater on Friday 10th July 2020 to commemorate the 30th anniversary of their seminal debut album, Shake Your Money Maker! The band will be performing the 1990s album in its entirety, stripping things back to bring fans the blistering rock and roll they've always loved from this iconic group!

“I think this is pure,” frontman Chris Robinson said in an interview with Rolling Stone. “We went off into a lot of things. There’s no jamming. There’s no extraneous stuff. This is the purest Black Crowes that people first [heard] … I hope we reconnect with some people who lost their way with us because of all of our other shit we were doing.” 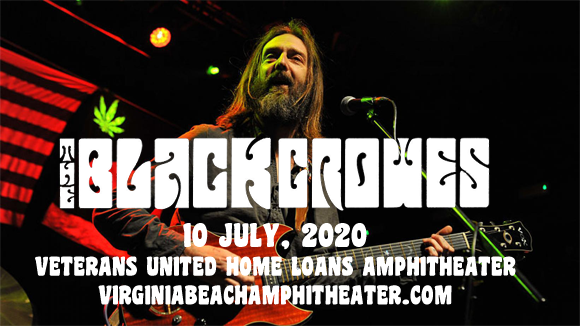 Labeled by Melody Maker as "The Most Rock 'n' Roll Rock 'n' Roll Band in the World" and voted by the readers of Rolling Stone as 'Best New American Band' in 1990, American rock band The Black Crowes was formed in 1984 and made huge waves in the music industry in the early-1990s. Throughout its career, the band has released eight studio albums (including the number one album The Southern Harmony and Musical Companion 1992), four live albums and several hit singles. After a second career hiatus (the first being from 2002 – 2005), The Black Crowes reformed in 2019 in order to celebrate the 30th anniversary of their debut album Shake Your Money Maker in 2020.