Blues-rock duo The Black Keys will be heading to Veterans United Home Loans Amphitheater on Saturday 29th August 2020! The six-time Grammy Award-winning pair have extended their Let's Rock Tour promoting last year's album of the same name, which is their first since they went on hiatus in 2014 and marks a return to the simple, almost tribal, Delta-blues influenced sound of their early years! There aren't many musical duos that can captivate a whole arena with their music, but these two do it effortlessly and deserve every bit of the hype surrounding them! They'll also be joined by Grammy Award-winning support act Gary Clark Jr! 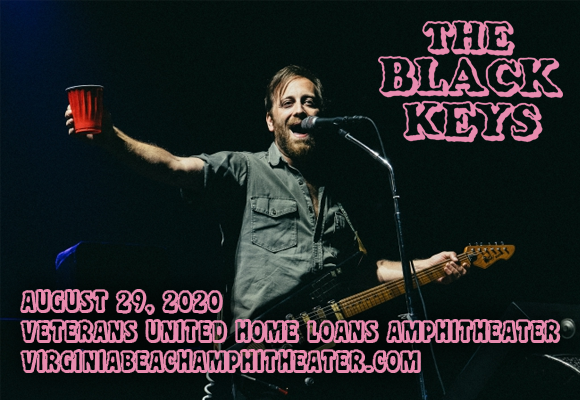 Often drawing comparison to the stripped down blues rock of the White Stripes, The Black Keys is a garage rock duo that formed in 2001 in Akron, Ohio. Dan Auerbach (guitar, vocals) and Patrick Carney (drums) were childhood friends, and began performing together when, after the two of them had dropped out of college, Auerbach decided to pursue music as a career and asked for Carney's help to record a demo. What followed over the next two decades was a slow, dogged journey from basement band to stadium stars. After releasing their debut album, The Big Come Up, in 2002, the duo spent years recording and touring, garnering critical acclaim as they went and becoming legends of the underground indie scene. In 2007, they met producer Dangermouse, and struck up a friendship that led to longtime collaboration. The band's mainstream breakthrough came in 2010 with the album Brothers, which hit number three on the Billboard 200 (the first of four consective top-five albums on the chart) and was nominated for five Grammy Awards, winning three. Their 2013 album, El Camino, also did well at the Grammys, picking up three more awards. In 2019, the duo returned to music after a four-year hiatus with the album Let's Rock.