With their spirited and buoyant folk-rock, The Lumineers have fast become one of the US's most sought-after live bands, and it's easy to see why! The Denver jongleurs will be performing at Veterans United Home Loans Amphitheater on Wednesday 27th May 2020, with tracks from their brand new concept album, III, including recent single "It Wasn't Easy To Be Happy For You", as well as the familiar favorites that launched this beloved group to the top of the charts! 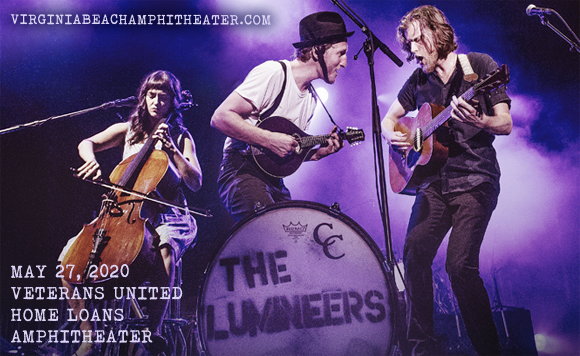 Founded by Wesley Schultz (lead vocals, guitar) and Jeremiah Fraites (drums, percussion) in New York City in 2005, The Lumineers are an American folk-rock band. In 2010, the duo relocated to Denver, Colorado where they met cellist and vocalist Neyla Pekarek, who became a member of the band, until 2018 when she left the group to pursue a solo career. The band released its eponymous debut album in 2012 to near-instant success, peaking at number two on the Billboard 200 and achieving triple platinum certification in the US and Canada, as well as platinum in the UK and Ireland, and gold in Australia. The group released their second studio album, Cleopatra, in 2016 and the record was similarly successful, debuting at number one in the U.S., U.K. and Canada, and achieving platinum certification in the US. As well as their success with album sales, the band has charted a number of international hit singles over the years, including "Ho Hey", "Stubborn Love", "Ophelia" and "Cleopatra", and they have built a reputation as one of the top touring bands in the United States.