Virginia Beach country music fans, are you ready for one of the biggest country music events this summer? You are all in for a treat as the country music guitar-slinger icon Brad Paisley will strum his way to the Veterans United Home Loans Amphitheater this Saturday, 11th June 2022, for his "Brad Paisley: World Tour 2022." The Grammy-award-winning singer will be joined by two equally-talented country music singers, Tracy Lawrence & Caylee Hammack, in an evening that will make you exclaim, "This Is Country Music!" Secure your tickets now and make this one of the most memorable summers by experiencing the music of the one and only Brad Paisley! 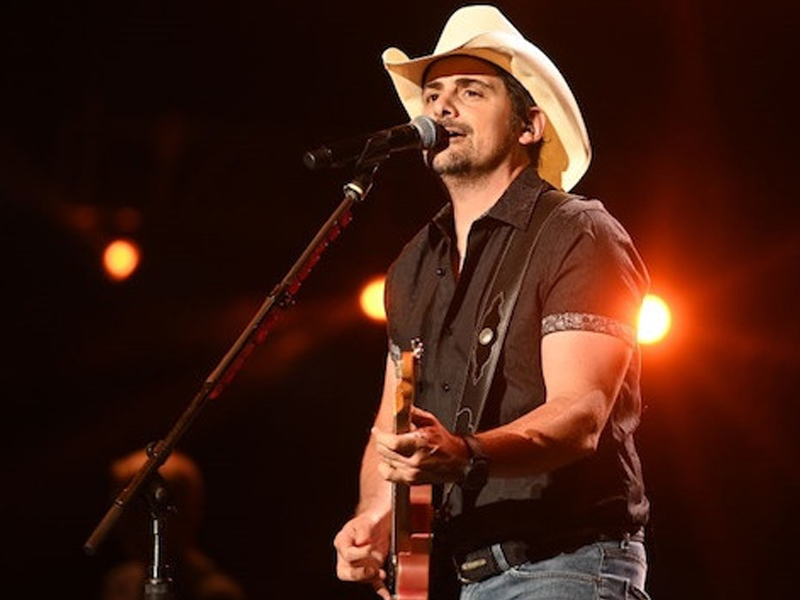 In the saturated world of country music filled with white males with guitars (WMWG), only a few stand out from the pack. Needless to say, Brad Paisley is one of them. For more than 20 years, he continues to be one of the most decorated male solo artists.

Through his unmatched showmanship and superb songwriting, he has was able to enthrall millions of fans with hit songs such as "Waitin' on a Woman," "Country Nation," "Welcome to the Future," "This Is Country Music," "Whiskey Lullaby," "Letter to Me," and many others. He was able to snatch the highly coveted "Entertainer of the Year" award in the Country Music Association Awards. Not to mention the other 14 awards from the award-giving body, 15 from the Academy of Country Music Awards, two from the American Music Awards, and three from the Grammys.

Throughout his career, Paisley has headlined a total of 16 major tours. The latest was last year's leg of his "Brad Paisley: World Tour." The tour included stops at major venues in cities across the US, including Tampa, Dallas, Houston, Charlotte, Raleigh, Chicago, and Phoenix. Now, he is going to continue the excitement of his tour by adding new international shows in Australia, Canada, and different European cities. These shows outside the US are his first since 2019, pre-pandemic.

In the North American leg of his tour, he will be stopping at Virginia Beach's Veterans United Home Loans Amphitheater on June 11. He will be joined by the American country artists Tracy Lawrence and Caylee Hammack. Lawrence is an award-winning singer known for his most commercially successful albums "Alibis" and "Time Marches On." On the other hand, Caylee Hammack is an American country music newcomer who recently released an album in August of 2020. Her song "Fooled Around and Fell in Love" with Miranda Lambert made her win the "Musical Event of the Year Award" at the 2020 Academy of Country Awards. She was also nominated in the New Female Artist of the Year category in 2021's edition of the prestigious award-giving body.