Veterans United Home Loans Amphitheater presents Alanis Morissette! Live on Friday 3rd July 2020 for a celebration of 25 years of Jagged Little Pill and the last 25 years of music with special guests Garbage and Liz Phair! Jagged Little Pill is one of the most successful albums of the 1990s, you’ve all heard it, now come listen to it live! This is going to be a night to remember for the rest of your life!
"Jagged Little Pill was the most perfect female record ever made. There's a song for anyone on that record; I relate to all those songs. They're still so timeless." – Katy Perry 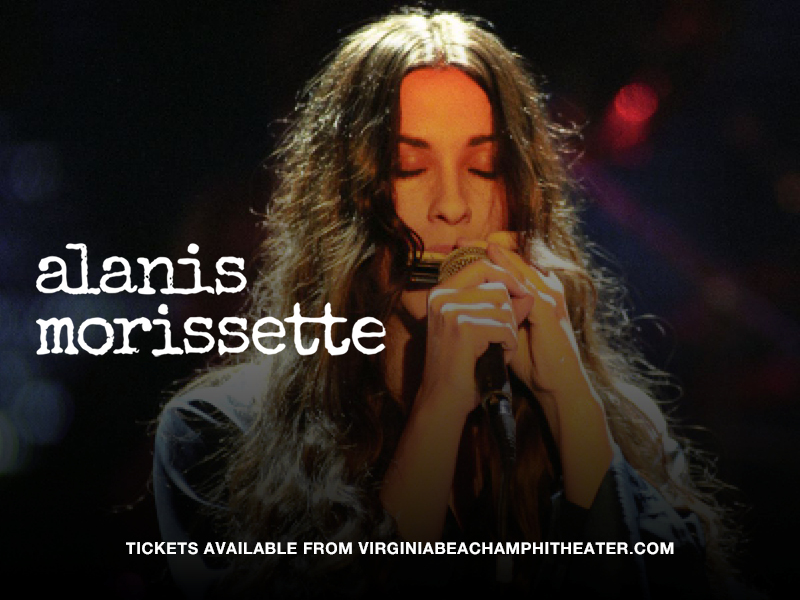 Jagged Little Pill was Alanis Morissette’s third album and first foray into alternative-rock and boy did it pay off! Jagged Little Pill topped the charts in thirteen countries with sales of over 33 million copies worldwide, it is one of the best-selling albums of all time and made Alanis the first Canadian to achieve double diamond sales. Jagged Little Pill was nominated for nine Grammy Awards, winning five, including Album of the Year, making Alanis the youngest artist in history to win the honor. Rolling Stone ranked Jagged Little Pill number 327 on its 2003 list of "The 500 Greatest Albums of All Time" and number 31 on its Women In Rock The 50 Essential Albums list, it was placed at number one on Billboard's " Best Selling Pop album of the 1990s". In 2018, the album won the Polaris Heritage Prize Audience Award in the 1986-1995 category.
Taking influence from the post-grunge era of the early 90’s the lyrics touch upon themes of aggression and unsuccessful relationships featuring guitars, keyboards, drum machines, and Alanis on the harmonica. The lyrics talk about "intellectual intercourse" and a mental connection with another angry, frustrated, frightened, uncomfortable soul, often with themes of raw anger and frank portrayal of female sexuality, she unflinchingly explores emotions so common, most people would be ashamed to articulate them.