World-conquering hiphop superstar Kendrick Lamar is headlining one of the summer's most exciting tours, and he's coming to Veterans United Home Loans Amphitheater on Sunday 27th May 2018! The "Humble" rapper performs as part of Top Dawg Entertainment's The Championship Tour, and he'll be joined by fellow labelmates SZA & Jay Rock for a night of good vibes and slammin' tunes from one of the industry's most talented labels! 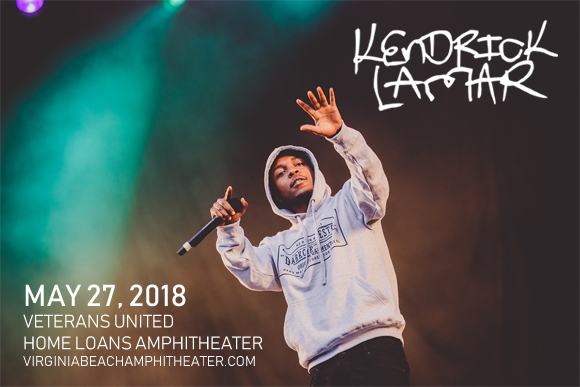 With seven Grammy Awards to his name, Kendrick Lamar is one of hiphop's biggest recent stars. Compton-born Lamar signed with Top Dawg Entertainment after releasing his first mixtape as a teenager. His fifth mixtape and first retail release, Overly Dedicated, created a buzz in the hiphop community and his popularity was cemented with the release of Section. 80, his first studio album. Lamar released his major label debut, good kid, m.A.A.d city, in 2012 to both critical and commercial succes, entering the Billboard 200 at number two, and achieving platinum certification. His follow-up, To Pimp a Butterfly, won Lamar two Grammy Awards, including the Grammy Award for Best Rap Album. Damn, his most recent release, featuring collaborations with Rihanna and U2, was released in 2017 and topped the Billboard 200.